Frank Gehry, 1972
As early as the 1960s, cardboard furniture emerged as a cheap and light alternative to traditional furniture. At that time, slotting and folding as well as supports were used to ensure that the cardboard could bear sufficient weight. Nevertheless, cardboard furniture hardly had a chance against plastic furniture, which was equally light.

Frank O. Gehry discovered a process which enabled cardboard furniture to be made in massive blocks – cardboard sculptures, as it were. »One day I saw a stack of corrugated cardboard in my office; it was the material I used to build my architectural models. And I started playing around with it, gluing it together and then cutting it into shape with a handsaw and a pocket-knife«. Gehry called the material made of corrugated cardboard glued in layers that ran at right angles to each other »Edge Board«. In 1972 he brought out a series of extraordinarily stable cardboard furniture called »Easy Edges«.
144.00 €
Configure 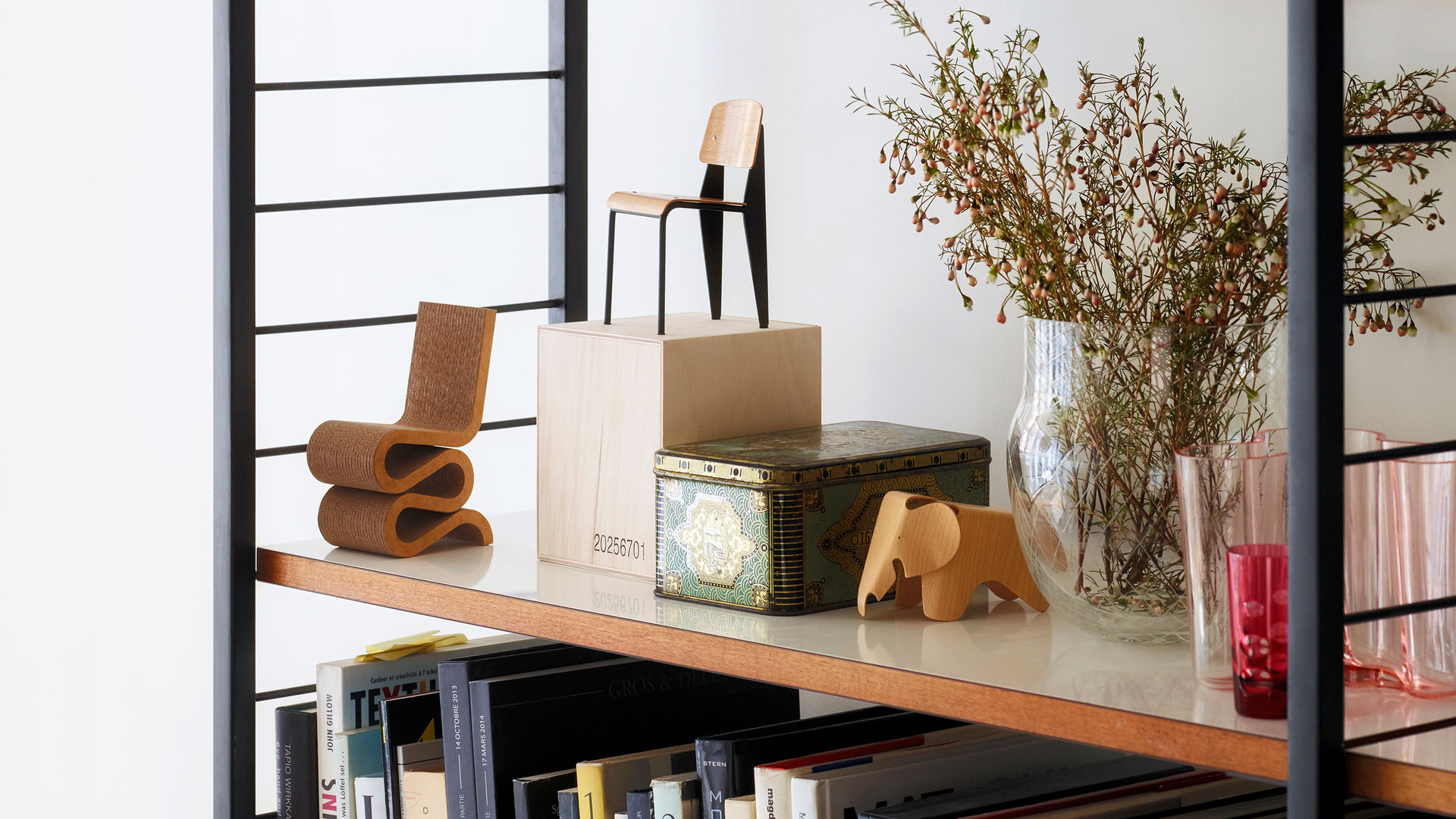 RecommendationsConfigurator
Information
Colours and materialsInformational materials
Material description
Product family
Miniatures Collection
For over two decades, the Vitra Design Museum has been making miniature replicas of milestones in furniture design from its collection. The Miniatures Collection encapsulates the entire history of industrial furniture design – moving from Historicism and Art Nouveau to the Bauhaus and New Objectivity, from Radical Design and Postmodernism all the way up to the present day. Exactly one sixth the size of the historical originals, the chairs are all true to scale and precisely recreate the smallest details of construction, material and colour. The high standard of authenticity even extends to the natural grain of the wood, the reproduction of screws and the elaborate handicraft techniques involved. This has made the miniatures into popular collector's items as well as ideal illustrative material for universities, design schools and architects.
Learn more
Products
Professionals
About Vitra
Legal
Contact
Online Shop
COPYRIGHT ©2021 VITRA INTERNATIONAL AG. ALL RIGHTS RESERVED
Cookie Settings
Up